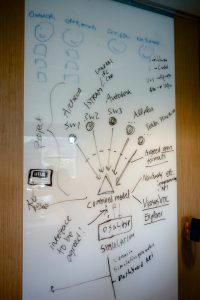 During the project we’ll participate in conferences and dissemination events, at least 4 a year. We’ll also publish at least 5 articles in specialised releases, yearly. It all will be uploaded in this section.

In the March edition of the Polish periodical “Czas Morza” an article about the INTERMODEL EU project was published.

In the April-May issue of the Baltic Transport Journal, an article about the INTERMODEL EU project was published.